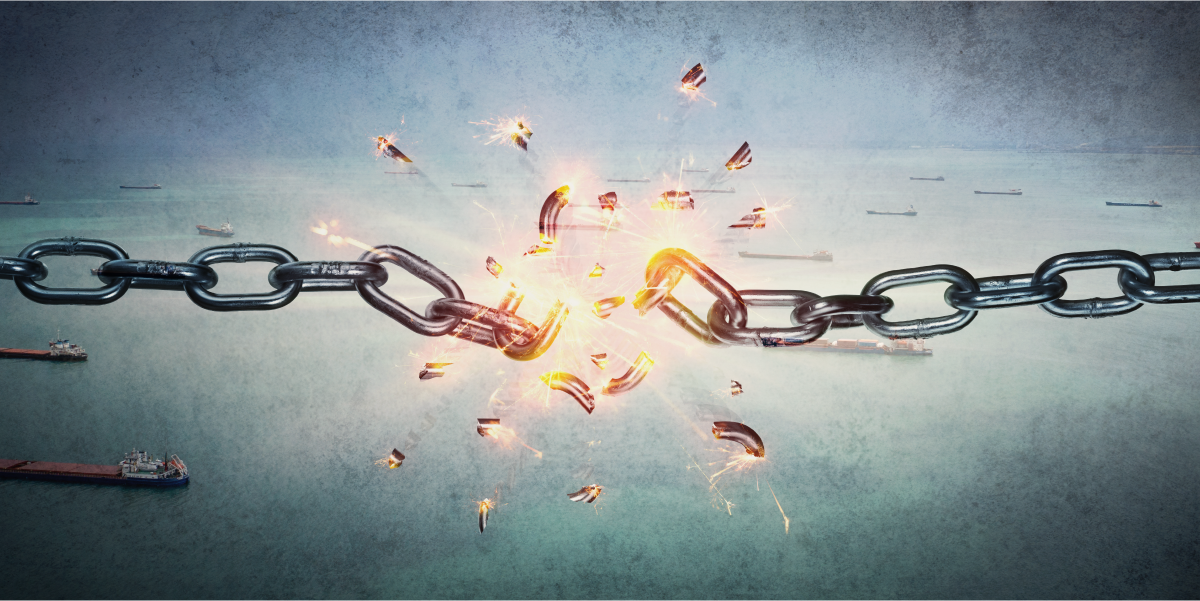 There are no silver linings to the dark cloud of war, but Russia’s attack on Ukraine has certainly accelerated the transition away from fossil fuels.

US lawmakers are advancing bipartisan legislation to ban the import of oil, petroleum, and liquified natural gas from Russia. The European Union is attempting to offset two-thirds of Russian natural gas purchases by the end of the year.

What’s happening now is a “tectonic shift” with respect to energy security, says Lisa Fischer, program leader at E3G, a UK-based climate change think tank. Looming over the standoff with Russia is an even greater threat to energy security, monopolistic control over renewable energy manufacturing by another geopolitical adversary, China.

If energy security is the goal, as it ought to be, then reducing fossil fuel consumption is only half the equation. Increasing the supply of US-made renewable energy products is the other.

The US once held the keys to our renewable energy future and a leadership role in the global response to climate change.

Bell Labs produced the world’s first solar photovoltaic (PV) panels, and the US deployed the technology to power satellites and fuel the international space race—against Russia.

Then, over the past 50 years, global leadership in solar manufacturing passed to Japan and then Germany and on to China, as recently noted by Frank Van Mierlo, CEO of the Massachusetts-based silicon wafer technology company CubicPV. 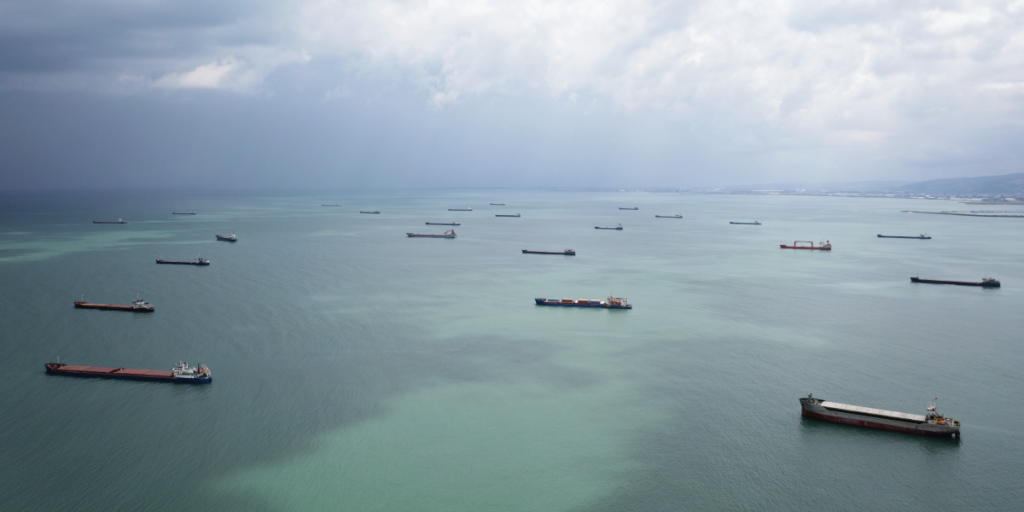 Import tariffs to slow China’s dominance on solar manufacturing haven’t worked. They haven’t provided adequate support for US manufacturing either. Solar imports are skyrocketing as we race to decarbonize the grid, reaching roughly $9 billion in 2021 and heading higher.

We’re seeing the same story with other clean energy technologies.

Lithium-ion battery imports grew 137 percent year over year, according to the latest global figures, with China accounting for 80 percent of shipments. China’s electric vehicle production is more than double that of the US, and the gap is widening.

There is simply no reason that China should continue to control the global supply chain. US companies have the technology and the expertise. It is time to invest once again in and control our energy future.

A US manufacturing renaissance

Last summer, Sen. Jon Ossoff introduced legislation that would provide production tax credits for all solar-grade polysilicon, PV wafers, cells, and modules manufactured in the US through 2030.

The Solar Energy Manufacturing for America Act (SEMA) languished during negotiations for an omnibus infrastructure bill, but with current disruptions in global energy markets comes renewed momentum for manufacturing policy and investment at the federal level. 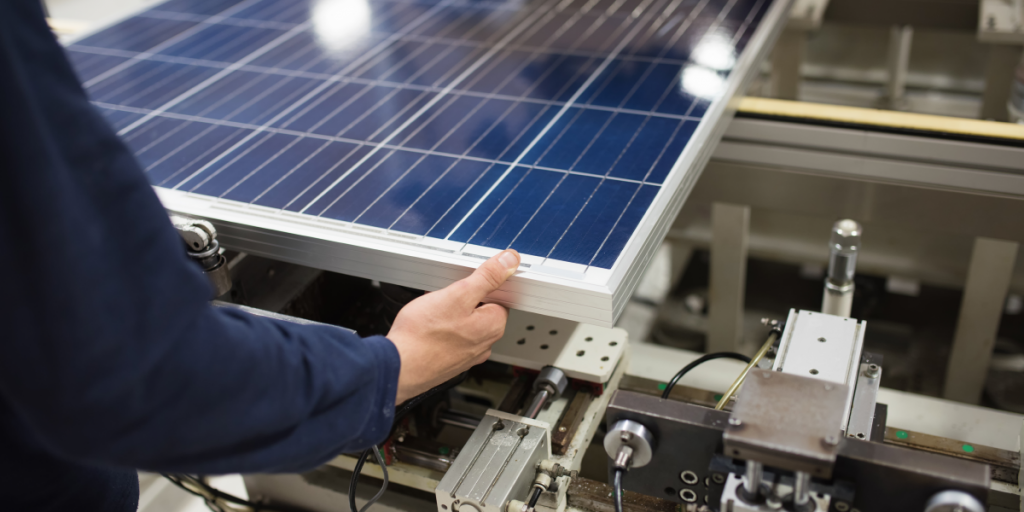 A sizable alliance of US manufacturers has lined up behind SEMA, including Q-CELLS America, Hemlock Semiconductors, First Solar, Heliene, and many more. They understand that tariffs don’t rebuild our domestic manufacturing base. Investment and policy support does.

Hanwha Solutions, the parent company of Q-CELLS America, says it has a “multi-phase, multi-billion-dollar” plan to expand US manufacturing across the solar supply chain if SEMA becomes law. Altogether, the solar manufacturing alliance says that federal policy support can help deliver 30 GW of US module manufacturing capacity by 2025.

The US Dept. of Energy’s American-Made Solar Prize is also helping infuse the core group of US solar manufacturers and the domestic solar value chain with innovation to reduce cost and increase performance and jobs.

As domestic manufacturers compete for a larger share of the US market, where demand is approaching 30 GW and growing, companies seeking to produce 100 percent US-made modules will require a US supply of module frames. Most of the aluminum module frames in the global market today come from China.

Through the American-Made Solar Prize, Origami Solar is demonstrating an innovative new steel module frame that will reduce costs and environmental impacts, mitigate supply chain risks, and create jobs. In December, Origami advanced to the “Set Challenge” in round 5 of the DoE Solar Prize contest, earning a $50,000 award and a chance for continued success. Their support for our innovation has been critical to our successful demonstration and testing of our solution.

‘Unleash us from the tether of fuel’

Scaling up domestic manufacturing of clean energy technologies would have historic implications. 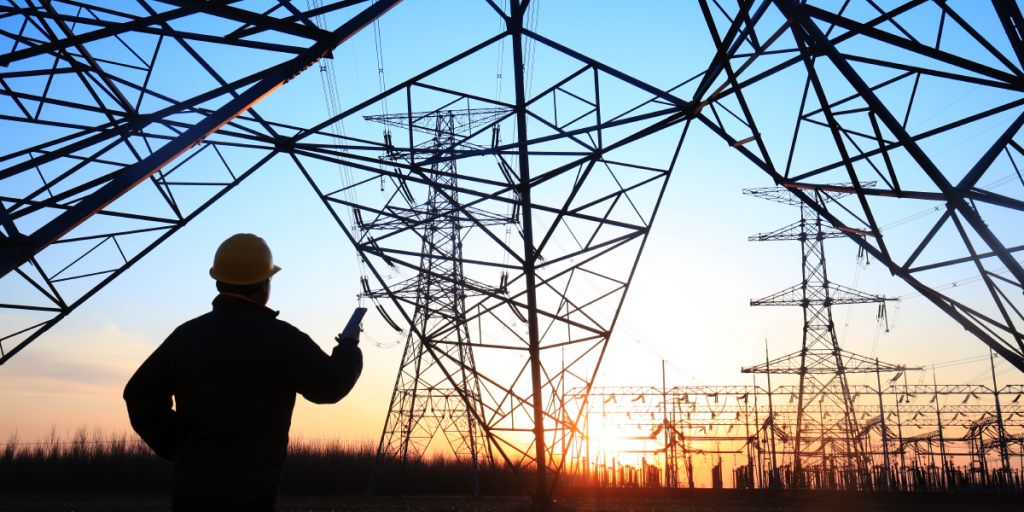 The immediate effect would be to reduce demand for oil and gas. Jesse Jenkins, an energy systems engineer based at Princeton University, says clean energy investment on a level envisioned in the Build Back Better Act could cut nearly 500 million barrels of oil and 57 billion cubic meters of natural gas per year from US consumption.

The long-term effect would be to weaken the economic and diplomatic leverage of our geopolitical adversaries that control critical energy resources.

As demand for solar energy and battery storage continue to grow rapidly, policy analysts are wondering what would happen if China restricted clean energy exports to the US.

We’ve seen how energy exports can enhance the power of autocratic regimes in the Middle East, Latin America, and Russia. Do we really want to wait and see how this scenario plays out with China?

In assessing Russia’s attack on Ukraine, retired US Navy Admiral Dennis McGinn says it’s time to go one step further, to shift the entire US economy from fossil fuels to clean energy.

Once the US can meet demand with renewable energy products from domestic factories, the energy transition and the fight against climate change will once again be in our control, where it must be. Our energy security demands that we make the policy decisions and investments to secure our renewable energy independence.