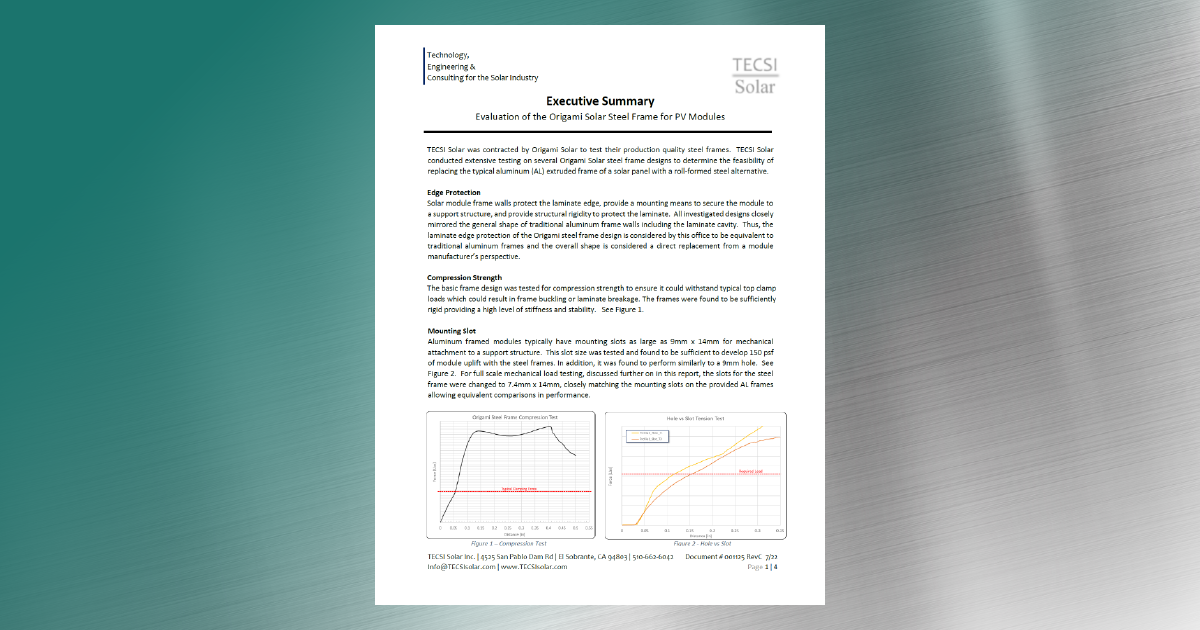 Switching from aluminum to steel module frames would bring tremendous benefits to the solar industry. Solar panel costs are rising after decades of reductions, due to long and expensive supply chains struggling with increased demand. A shift to steel frames would greatly reduce supply chain concentration risks and help stabilize prices by enabling large-scale domestic manufacturing. Steel also reduces production-related GHG emissions by 87%, according to a recent report published by Boundless Research.

Origami Solar’s innovation can also benefit from solar power system tax incentives that are a prominent part of pending federal legislation. In addition to a 30% tax credit for solar installations, the Inflation Reduction Act, just passed by the U.S. Senate and moving to a House vote this week, also includes an additional 10% credit for domestically produced content. With a robust American steel manufacturing supply chain in place, the U.S. solar industry will gain a transformative economic boost through use of steel solar module frames that qualify for the added incentive. 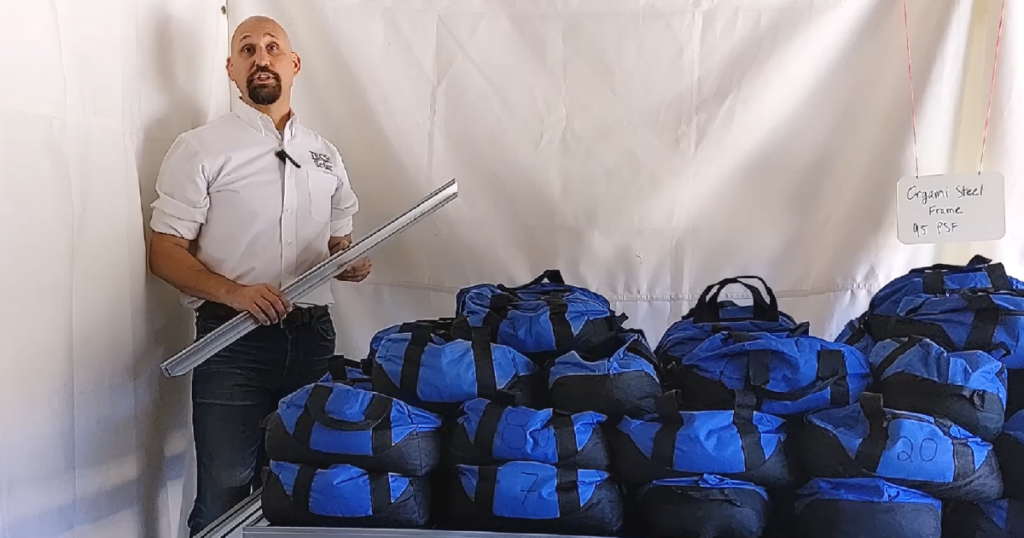 “The Origami roll-formed steel frames proved to be durable, resilient, and able to surpass the performance of typical aluminum frames under real-world rail-attached test conditions. The frames did a better job of protecting the laminate from cell crack initiation and propagation, which is critical to reliable long-term energy production. Our office has concluded that the Origami steel frame is a suitable candidate for consideration to replace extruded aluminum PV module frames and can provide significantly better performance if properly designed,” said Samuel Truthseeker, Founder and Principal Engineer at TECSI Solar.

Origami Solar is a finalist in DOE’s American-Made Solar Prize competition, which will be awarded in September. The company uses a steel roll forming process that creates a frame with intricate folds. Origami’s patent-pending design, combining innovative engineering and deep knowledge of the capabilities of precision roll-forming and utilizing domestically available recycled steel, delivers performance that equals or exceeds that of aluminum frames, while lowering material costs. This innovative module frame is readily manufacturable and will meet or exceed all UL and IEC standards.

The Executive Summary of the TECSI Solar report can be accessed here.

TECSI Solar was established with the single purpose of advancing the engineering capabilities of companies in the solar space. The solar industry is a fast-paced and volatile market making long-term investment in large-scale engineering teams difficult to maintain. TECSI is intended to fill those gaps and bring technical expertise to where and when you need it. The company has competency in all aspects of product development and offers extensive services to support those efforts. We couple our professional engineering services with business development expertise to provide a balanced approach to problem solving. For more information, visit www.tecsisolar.com.